♦ Meta and Ray Ban have joined forces to create some groundbreaking technology. You can now record film, take pics and listen to music through your sunglasses. I was selected to be the voice for their global radio spots, so you can now hear me relentlessly on Spotify in the US, UK, Canada, Australia and Ireland! 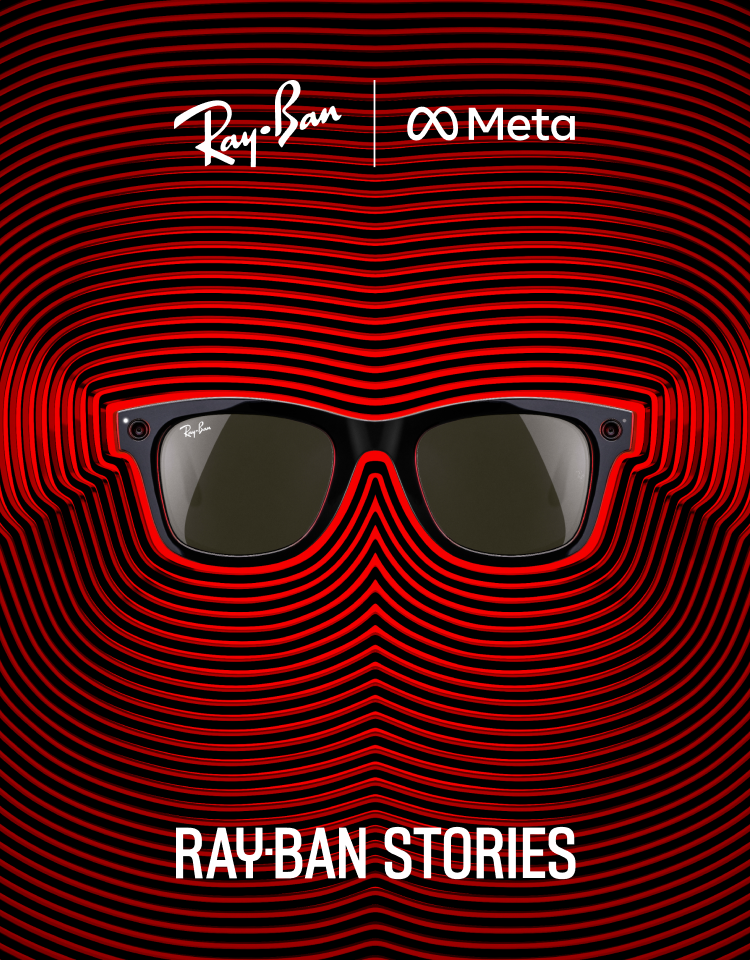 ♦ I think it’s finally time I signed up for Spotify, as I’ve just recorded a really fun commercial for them. This one was recorded in my state of the art home studio in NYC AKA “The Upstairs Closet” : )  Looking forward to seeing the finished product, as I believe it involves puppets!

♦ Also recorded something for Amazon. Which is apparently a rather large company these days….

♦ One project that I recorded a long time ago and just recently did some more for was the BBC children’s TV series Muzzy. I play both Norman and Bob. I’m hesitant to share this as I had to sing two songs and one is in a higher register than I’m used to, and to my ears it’s certainly not pretty. Looks like it’s had almost a million views. Crikey.

♦ I’ve had a great time recording with the crew at Meet Cute. Have done a fair few episodes with them now. This one was particularly fun to do. Channeling my inner nerd!

♦ I’ve been working on lots of material for Vessel Floats – a new business in NYC which offers guided meditations in their sensory deprivations tanks. It’s rather uncharted waters, excuse the pun, to be involved in anything akin to meditation style voice work but I’m liking the more chilled out delivery!

♦ Got word that The Choice podcast, which we recorded in Portland a while back, has had its first screening with the producers, and the response has been very positive. So very much looking forward to its release.

♦ During this lockdown there has been an outpouring of opportunities to sharpen one’s craft. Have taken full advantage and been on Zoom with Andy Roth and Sara Sherman. Both absolutely worthy of their reputations of being amongst the US’s top VO coaches.

♦ All a little surreal right now, but work has been a very welcome distraction. I have voiced a couple of E-learning videos for an online coaching company, called Welead Grow.

♦ I’ve also performed in three radio plays for Amor Velag, a german production company, playing the roles of Prince Macadamia in “The Nutcracker”, Tamino in “The Magic Flute”, and Prince Siegfried in “Swan Lake”.

♦ Reading the first draft of a new play from those very talented lot behind “The Unbrunch” for their upcoming show “The Acey-Deucey Club”, has been a joy, not only because the script is hilariously funny but because I get to connect, via video chat, with many old friends.

♦ I have been cast in a new Meet Cute series. This time as the lead. Really excited to get underway with this one.

♦ Realised a lot of my work with Barclays is on their website (and downloadable!) so have added a few of the videos to my voice over page. When friends ask me for investment advice, I always say never listen to me, but if I’m reading from a script that was produced by one of the biggest banks in the world then perhaps, in this case, I should make an exception!

I do hope everyone is staying healthy and happy through these challenging times.

♦ How quickly things can change and sadly for the worse. This virus, that is causing so much pain and destruction, has destabilised the world and is forcing us all to take a major step away from what we love to do. I am thankful that I can record remotely and continue on with a few projects but many people in this world are not so fortunate. My thoughts are with those who are suffering in these times and who are battling this enemy on the front lines. I’m hopeful that we will get through this together and create a more connected, more caring and more understanding world.

A song very dear to me, and which was played on radio stations all around Europe today at the same time, reminds me where to put my focus right now.

“At the end of a storm

And the sweet silver song of a lark”

♦ Something I’ve never done but always wanted to try out is being inside a sensory deprivation tank. Well, looks like I might get my chance as I have started a big project at a new business in NYC that offers hour long sessions. I will be the voice guiding all the meditations inside the tanks. Will reveal more as we get closer to launch.

♦ My latest spot in the “Meet Cute” series, “Are You Evan”, can be listened to here. Playing the bad guy is always a lot of fun (and according the director ‘very easy for me’ – I’ll take the compliment and not think any further on it!)

♦ I’ve just booked the role of “Jack” in “E is for Everything”, an audio rom com that is part of the “Meet Cute” podcast series. A wonderfully entertaining look into the world of online dating and the drama that often unfurls.

One can take a listen on your podcast platform of choice – Apple Podcasts, Google Podcasts, Spotify or tune in on Soundcloud.

Was very happy to be then asked to return to the recording studio a few weeks later to play the role of “Evan” in their next production, “Are you Evan?”. Will post links here when it’s available for streaming.

♦ So very pleased to say I can Heineken to the list of clients I’ve worked with. Booked a really light hearted radio commercial with them, where I play a terribly anxious man perusing a restaurant’s wine list.

♦ I also thoroughly enjoyed performing as Tweedledee this month in the final performances of “The Unbrunch“. Looking forward to it returning in 2020!

♦ Back in NYC and straight to the studio to record a spot for a campaign about Global Anti-bribery.

♦ Also, am very pleased to return to “The Unbrunch” – an immersive production of Alice in Wonderland at the gorgeous Norwood Club in Manhattan. More info can be found here – https://www.theunbrunch.com.

♦ Returned to my old stomping grounds of London town and recorded a new commercial reel. Have to say, I’m rather pleased with it. Feel free to take a listen in the “Voice Over” section.

♦ Last year if you were in Europe may have heard me on the radio for a few Indeed.com adverts. Happy to say I’m back on the radio across the pond and this time I’m the announcer for a commercial from Bexsero/GlaxoSmithKline about their Meningococcal Group B Vaccine.

♦ Getting my face out there too it seems, as I’ll be joining the immersive theatre group Roll The Bones, in their new show Galleria Esperienza, for their performance this month in NYC. More details can be found at www.rollthebonestheatre.com.

♦ After banking with Barclays in the UK most my life, it’s nice to be such a regular with them. Narrated yet another video today. Can’t say I use their trading platforms yet but am certainly learning a lot about them! If you’d like to take a listen to a few things I’ve recorded recently, click here and scroll down.

♦ Another voice over for Dropbox, this time recorded in the studio at Habitas NYC. A wonderful private members club that has a nice little recording studio.

♦ Pleased to announce that I have been cast in the immersive theatrical performance “The Unbrunch”. Playing the role of Tweedledum – a particularly fun role to play! More details can be found here – https://www.theunbrunch.com/about.♦

♦ Can now add Dropbox to the list of clients I’ve worked with. A fun little educational video that I recorded in the home studio. Also just did some pick ups for The Choice podcast – a couple of dramatic scenes involving a fair amount of shouting and screaming which I’m sure my neighbours were happy to hear!

♦ Booked a spot for Marriott Hotels. Recorded at Grey Advertising in NYC – in the exact same booth where I had to shout a lot for this Gillette commercial (https://vimeo.com/204227533) . Looking forward to seeing the final product (and will try and get a copy to share on here!).

♦ A nice start to the year with another voice over for Barclays. A regular client!

♦That’s a wrap on The Choice podcast, which was recorded over the course of a week in Portland, Oregon. Set in the dystopian future of 2049, I play the lead role of John, a nurse with a chequered past.  Check here soon for it’s release! More info can be found at www.thechoicepod.com

♦ Had the absolute pleasure of playing the role of Fudge in the reading of Nikolaj Coster-Waldau (who apparently isn’t just a pretty face on Game of Thrones!) and Joe Derrick’s play “Cardamom” at the SATC in New York. A terrifically engrossing piece of theatre, that really was a joy to be a part of. It gave me the chance to put on a more northern UK accent, alongside another Game of Thrones actor, Rob Armamayo – one to watch for sure. Thanks to Nikolaj tagging me in a photo he took, I now have a bunch of interesting folk following me on instagram!